On the Move, Millennials are Bringing City Life to the Suburbs

As we approach nearly two decades of historic urban revival, some have claimed that the cities are stalling and the suburbs are back. Whether you believe that’s true or not, it’s hard to refute that suburban living is on the rebound.

“Since mid-2014, suburban multifamily properties have risen in value by 48.4% on a per-unit basis,” said Matthew Rothstein of Bisnow, citing a report from Real Capital Analytics. That’s more than twice as much as urban assets, which rose 22.1% per unit in the same period.

There could be several explanations for the shift. First, many city centers around the country are getting too expensive for your average renter. Second—and this is the more significant trend—millennials are starting to follow the footsteps of their parents. That means they are moving out of cities and back to the suburbs to raise families.

But even though people are moving back to the suburbs, that doesn’t mean they want a suburban lifestyle. On the contrary, many want to live in suburban neighborhoods that feel urban.

“The traditional attractions of the suburbs…have not changed,” said the 2019 Emerging Trends in Real Estate Report. “What is different is that amenities now in demand include access to mass transit and walkable neighborhoods in proximity to shopping and entertainment.”

Additionally, city-dwelling millennials come to expect a certain level of convenience that is not available in the burbs. To meet the demands of urban expats, developers need to design their suburban communities with urban amenities in mind.

Top Urban Amenities to Include in Suburban Communities

Many millennials, who spent their formative years in cities, do not want to give up their urban lifestyle when moving to the suburbs. This presents a real opportunity for multifamily communities that give residents the best of both worlds.

Here are four of the most desirable amenities for former city-dwellers moving into the suburbs.

Perhaps the biggest difference between urban and suburban life is walkability. City-dwellers can do most of their day-to-day chores without ever needing their vehicle.

However, as millennials move back to the suburbs, they refuse to leave walkability behind. The result is a quiet revolution in suburban cities trying to increase density and become more walkable.

Instead of building standalone communities, many developers are clustering their communities around walkable retail districts and suburban downtowns. Such is the case in Overland Park, a suburb of Kansas City. The goal is to give residents a neighborhood where food, shopping, and entertainment are just around the corner. 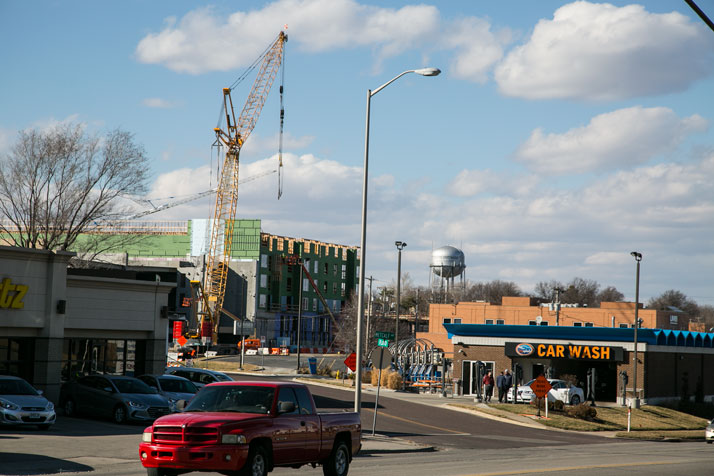 Cities are also known for their mass transit systems that allow residents to get around without a vehicle. It’s another quality of urban life that millennials don’t want to lose, even when moving to lower-density suburbs.

In some metros, like Dallas-Fort Worth, developers are choosing to build communities around light rail lines that extend into the suburbs. These transit-oriented developments (TODs) are becoming popular around the country, including in Denver.

In cities without light rail systems, developers are still prioritizing multi-modal transit. Some communities have created designated pickup/dropoff spots for rideshare. Others have installed bike-share programs on-site, like Talia Apartments in Marlborough, MA.

From fitness classes to food delivery to dog walkers, urban residents get accustomed to having just about everything available on-demand. It’s a perk of city-living they won’t give up easily, so suburban communities would be smart not to make them.

The Atworth at Vernon Hills, a new development in the Chicago suburbs, has decked out their on-site gym with FitnessOnDemand video courses. Residents can take a class anytime they’d like with just a click of a button.

Other multifamily communities offer virtual concierge as a service. Residents can order in-home services via mobile app, including dog walkers, house cleaners, and grocery delivery. Then there are services, like Stockwell, that set up small kiosks on-site where residents can buy basic goods and groceries.

Commuting is often a top concern for suburban residents. But what if your commuting time was zero? That’s the choice that more and more Americans are making as corporate work-from-home rules become laxer and people join the gig economy.

Many people like having a workspace separate from their home, which explains the explosion of coworking spaces. But with most coworking spaces in urban areas, suburban multifamily communities are stepping in to bridge the gap. Many new developments today provide coworking space right on site.

An example: Ascension on the Bayou, a large multifamily community in a suburban part of Houston, has a coworking library and office available for residents 24/7. Residents can even pay extra to reserve their own desk, creating a true office feel just a few feet from home. 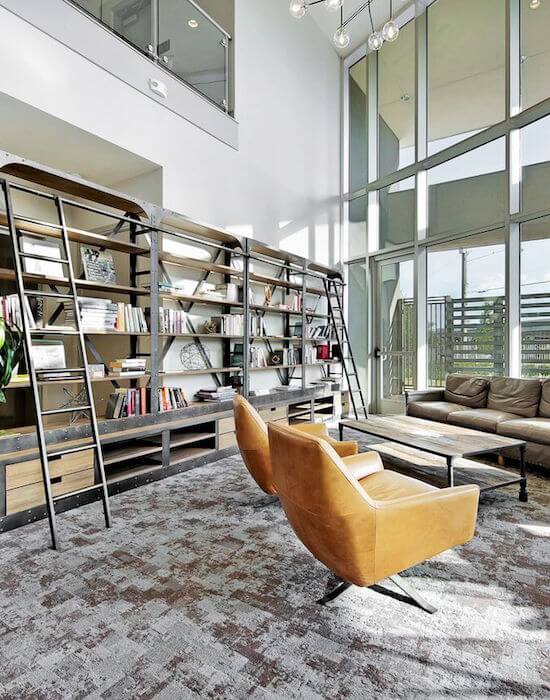 The business balcony and coworking library at Ascension on the Bayou. Source: Ascensionbayou.com

Whether the urban renaissance is thriving or waning, there’s no doubt that it has fundamentally changed the multifamily sector, including in suburban markets.

Adding pools and fitness centers are no longer enough. Residents moving to the suburbs want the walkable neighborhoods, on-demand services, and amenities that remind them of city life.

In order to compete, developers should replicate the best aspects of urban living, regardless of their location.

5G and Wifi 6: What they Mean for Multifamily