Aparthotels: How Far Will Multifamily and Hospitality Converge?

There’s an all-out amenities war raging in the multifamily industry. Apartments, condos, and even student housing communities are trying to provide a hotel-like experience for residents.

Multifamily companies are taking the hospitality mindset seriously. But should they take it literally?

The convergence of hospitality and multifamily has gone beyond the sharing of best practices. In some cases, they are joining together under one roof. Aparthotels – not quite hotels, but not quite apartments – are redefining living space and making us question, how far will these two industries go to become one and the same?

The Rise of Aparthotels

Many multifamily communities offer hotel-like amenities, but aparthotels are another category entirely.

“We are trying to connect the dots between the luxury hotel experience and the ideal vacation rental,” said Nitesh Gandhi, CEO of aparthotel startup, Locale.

Unlike coliving and apartments as a service companies, Locale is a hospitality company first and foremost. They lease large blocks of units from multifamily properties and then rent them out by the night, week, or month. Guests get the comfort and amenities of an apartment, but the concierge service of a luxury hotel. Smart living technology allows Locale to manage properties remotely and at scale.

“This model, five years ago, would have been very challenging,” said Gandhi in a previous Future of Living article, “The tools and technology have evolved to streamline what we’re doing.”

Aparthotels are becoming extremely popular in Europe, Australia, Africa, and the Middle East. Now, Locale is trying to bring the concept to the United States, but they are far from the only player this side of the pond.

Airbnb, the home-sharing unicorn, recently partnered with property management startup, Niido, to own and operate multifamily buildings as “home-sharing communities.” Like Locale, some units are designated for travel guests, and some are full-time residential. Residents are encouraged to rent their spaces out on Airbnb, which Niido helps facilitate (and then takes a 25% commission).

So far, Airbnb and Niido have two communities in operation: one in Kissimmee, Florida and another in Nashville. But the transition for these properties has been – to put it lightly – less than smooth.

In Nashville, existing residents of the Niido/Airbnb property said they felt blindsided by the management change and now worry about living in a hotel. After all, people treat hotel rooms very differently from how they treat their own apartments (especially in Nashville, a world-famous destination for bachelor and bachelorette parties). Residents cited concerns about safety, noise, and not being able to use building amenities.

These are real challenges for aparthotels, but Gandhi believes it’s nothing that Locale can’t overcome. They have tried to build safety and respect into their business model from the ground up. 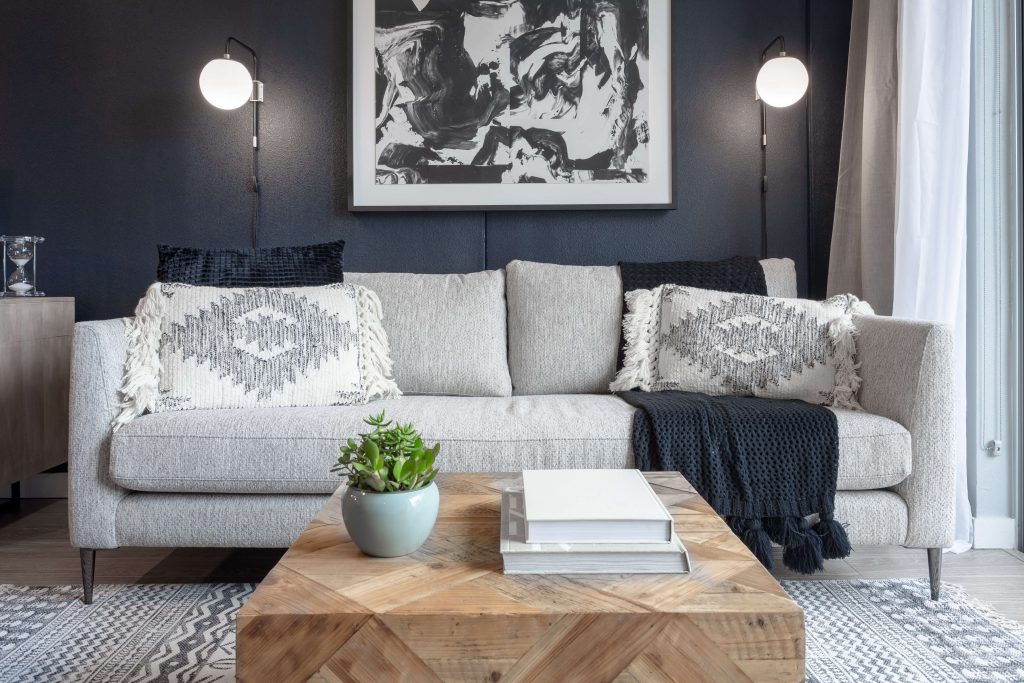 “We typically lease out a block of units – either an entire floor or wing of a building – so that it’s separate from the residents,” said Gandhi.

Additionally, each Locale room has IoT-powered noise sensors. Gandhi’s team is alerted whenever there is a disturbance. “We want to make sure no one is partying at 2 a.m. when they shouldn’t be.”

Locale makes it clear with each guest that they must respect community rules, including quiet hours. Guests sign a separate Terms of Agreement with Locale, but Gandhi says they have had few problems.

“Most of our guests are take care of the apartment and respect the community. They really treat it like their home.”

What’s Next for Multifamily and Hospitality?

Despite the challenges, the demand for aparthotels has continued to grow. Airbnb and Niido hope to have 14 properties up and running by the end of 2019, and Locale is expanding its portfolio

But how far will multifamily and hospitality companies go to resemble each other? Gandhi believes both industries are moving towards common middle ground.

“As travelers become more mobile and people relocate more often, they want spaces that are as flexible for short-stay living as extended-stay living,” said Gandhi.

In fact, Gandhi thinks that developers will start designing multifamily properties to facilitate the aparthotel model. “The [aparthotel] concept is going to be incorporated earlier and earlier into the development of multifamily buildings.”

What would this look like? First, multifamily buildings will be wired with smart living technology to allow for management at scale. Smart devices like locks, thermostats, and noise sensors help companies like Locale manage hospitality tasks remotely.

Could there be a day when hotels and apartments converge into a single industry? Gandhi isn’t sure, but he isn’t ruling it out.

“Ten years ago, multifamily developments and hotels looked very, very different. Today they are almost indistinguishable,” he said. “I think that’s the nature of the people staying in them. That’s what they desire.”

Every Company is a Hospitality Company

In Skift’s annual Megatrends in Travel Report, the hospitality publication suggested that hotel owners and management companies think of themselves as, “hospitality providers first and foremost.”

This is good advice for multifamily companies as well. Whatever the fate of the two industries, there’s no denying that the line between hospitality and multifamily has been forever blurred.

I’m Blake Miller, the Founder of Homebase and Host of The Future of Living Podcast.

I write about what we do at Homebase, entrepreneurship, the projects I’m working on, competitive BBQ and whatever else strikes me or I get feedback on.